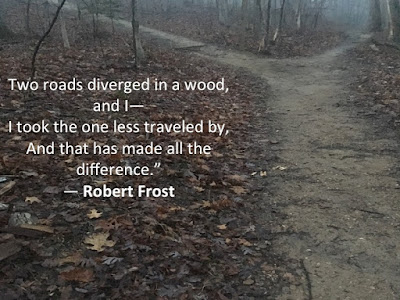 Three major events are happening in our area this week, in addition to all the high-powered normal stuff.

The guiding vision for the Women’s March includes “open access to safe, legal, affordable abortion… available to all”

The Life Principles for the March for Life includes: “The life of each human being shall be preserved and protected from the biological beginning throughout the natural continuum of that human being’s life by all available ordinary means and reasonable efforts.”

The two groups are traveling down two very divergent roads.

The organizers of the Women’s March and the March for Life have differing visions and principles, and we as a community of God’s people are called to love and respect both.  How can a person love and respect those who choose to travel a different road?

A million plus visitors will come to our area this week.  How will we throw out the welcome mat to the diversity of American Culture converging on us?

My feeling to want to leave town is overridden by “every Word of God”. (Mt. 4:4) 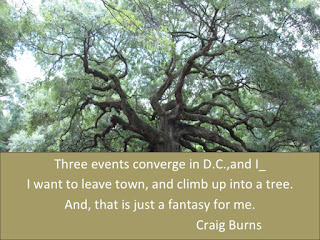 James 2:9 says, “If you favor some people over others, you are committing a sin.”

James 2:13, “There will be no mercy for those who have not shown mercy to others.”

James 3:16 says, “For where strife is, there is confusion and every evil work.”

Our president-elect is a polarizing figure, and there will be no end of opinions about him, his choices and his platform.

If we allow ourselves to be manipulated by the devil to show no mercy to him, his opponents, the attendees of the Women’s March and/or the March for Life, and become filled with strife, then we have opened our own soul, to receiving NO mercy from God. Our heart will be filled with confusion and every evil work.

Becoming opinionated towards others is very close to becoming judgmental, and once you allow that into your heart, you have opened your heart to confusion and every evil work.

This is a time of testing from God and temptation from Satan.  Guard your heart from influencers and consider total immersion in the Word.

Read for yourself the platform that President-elect Trump ran on, as well as the defining documents for the Women’s March and March for Life (links below).  We need to identify the tactic of Satan, and keep our souls free to evangelize without condemnation, judgment, opinions and being influenced by those with their own agendas.

Personally, I find it very difficult to not show favoritism, and so I need to deepen my resolve to Love God, Others and Life.  I have to recognize my human tendencies to be unmerciful to those I disagree with and show favoritism towards those I do agree with.

I find it difficult to remain neutral, and as a certified coach and an ordained minister (i.e. – I should know better), I can struggle to follow the Word of the Lord and not yield to the lust of the flesh.

I fall short, and if you also find yourself falling short of God’s best as revealed in His Word, then join me in admitting my need of a savior, and my hope in His soon return.

Come join us in our journey of faith at Vienna Assembly of God. Visit viennaag.com.

To get a sense of the worldview of the Women’s March, the March for Life and President-elect Trump’s platform, read their documents for yourself (Please don’t depend on the media to tell you what to think about a group. Read for yourself.)