The presidential election has revealed how polarized we are as a nation.  How do we follow Jesus in this polarized environment.  A difficulty in determining and following our Lord’s example is that he demonstrated many different leadership characteristics in ministry.  He is referenced in scripture in contradictory terms often in the same book, chapter and verse.  He is defined both as a predator and prey in Rev. 5:5,6.[1]   He is defined as the author and perfector or finisher of our faith in Heb. 12:2.[2]  He is restorer in Acts 1:6[3] and destroyer in Mt. 24:2 [4].  He is healer in Mt. 15:31 [5] and afflicter in Zephaniah 1:17[6].  He is holy, set apart from culture in Revelations. 4:8[7], and incarnated into culture in Philippians 2:6-8[8].  He is also defined as judge in Acts 10:42[9], and mediator in 1 Timothy 2:5[10].   He is described as one who is to judge in John 5:22[11] and as one who is not to judge in John 12:47[12].  The dilemma in following Christ as our example into this polarized world is highlighted in the book of John.  In one scripture Jesus himself tells us that he did not “come to judge the world” [13] yet in John 9:39 he tells us that judgment is why he came into the world. [14] 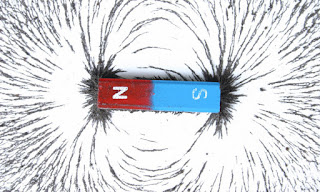 Navigating polarity requires that we follow our Lord’s example.  The challenge is that there are so many conflicting characteristics of Christ, all of which we are to reflect.   Which model best serves the purpose of navigating polarity?  The model penned by the Apostle Paul regarding Jesus in Philippians 2 is the clearest example of Christ being neutral in his office of mediation.  Philippians 2 says that Christ “made himself nothing”[15].  This neutral, or “nothing” model is what one must bring to the table of polarizing conversation.  Jesus further demonstrated this when he clearly stated that he didn’t bring his own agenda to the place of mediation and reconciliation, but “the will of him who sent me.”[16]  Often, Jesus would refer to his neutral mediatorial role reminding his disciples and even himself in prayer that He did not come to do his will, but the will of the Father.[17] This neutral mediatorial theme is reflected often in the gospels, going so far to claim, Jesus did nothing whatsoever on his own.[18]
We must use discernment and reserve acting upon Jesus’ example as Judge for very rare cases.   The definition of judge, according to Dictionary.com, is to “pass sentence on and condemn, as well as to govern, rule and to hear and decide on in a court of law.” [19]  Also, from Dictonary.com, the definition of mediator is “one that reconciles differences between disputants”. [20]  A mediator is a neutral party “who intervenes between two persons who are at variance, with a view to reconcile them” and as a “medium of communication between two parties” [21] while a judge is someone who “passes sentence on, and condemns”[22].   The mediator model is the more effective choice for a pastor/leader in a Christian context for resolving the conflict in this polarized culture.
Prayerfully re-consider polarizing rhetoric, including sharing polarizing  social media posts.


[1]NIV Revelation 5:5 Then one of the elders said to me, "Do not weep! See, the Lion of the tribe of Judah, the Root of David, has triumphed. He is able to open the scroll and its seven seals." 6 Then I saw a Lamb, looking as if it had been slain, standing in the center of the throne, encircled by the four living creatures and the elders. He had seven horns and seven eyes, which are the seven spirits of God sent out into all the earth.
[2] NIV Hebrews 12:2 Let us fix our eyes on Jesus, the author and perfecter of our faith, who for the joy set before him endured the cross, scorning its shame, and sat down at the right hand of the throne of God.
[3] NIV Acts 1:6 So when they met together, they asked him, "Lord, are you at this time going to restore the kingdom to Israel?"
[4] NIV Matthew 24:2 "Do you see all these things?" he asked. "I tell you the truth, not one stone here will be left on another; every one will be thrown down."
[5] NIV Matthew 15:31 The people were amazed when they saw the mute speaking, the crippled made well, the lame walking and the blind seeing. And they praised the God of Israel.
[6] NIV Zephaniah 1:17 I will bring distress on the people and they will walk like blind men, because they have sinned against the LORD. Their blood will be poured out like dust and their entrails like filth.
[7] NIV Revelation 4:8 Each of the four living creatures had six wings and was covered with eyes all around, even under his wings. Day and night they never stop saying: "Holy, holy, holy is the Lord God Almighty, who was, and is, and is to come."
[8] NIV Philippians 2:6 Who, being in very nature God, did not consider equality with God something to be grasped, 7 but made himself nothing, taking the very nature of a servant, being made in human likeness. 8 And being found in appearance as a man, he humbled himself and became obedient to death-- even death on a cross!
[9] NIV Acts 10:42 He commanded us to preach to the people and to testify that he is the one whom God appointed as judge of the living and the dead.
[10] NIV 1 Timothy 2:5 For there is one God and one mediator between God and men, the man Christ Jesus,
[11] NIV John 5:22 Moreover, the Father judges no one, but has entrusted all judgment to the Son,
[12] NIV John 12:47 "As for the person who hears my words but does not keep them, I do not judge him. For I did not come to judge the world, but to save it.
[13] Ibid
[14] NIV John 9:39 Jesus said, "For judgment I have come into this world, so that the blind will see and those who see will become blind."
[15] NIV Philippians 2:5 Your attitude should be the same as that of Christ Jesus: 6 Who, being in very nature God, did not consider equality with God something to be grasped, 7 but made himself nothing, taking the very nature of a servant, being made in human likeness.
[16] NIV John 4:34 "My food," said Jesus, "is to do the will of him who sent me and to finish his work.
[17] NIV Matthew 26:39 Going a little farther, he fell with his face to the ground and prayed, "My Father, if it is possible, may this cup be taken from me. Yet not as I will, but as you will."
[18]. NIV John 8:28 So Jesus said, "When you have lifted up the Son of Man, then you will know that I am the one I claim to be and that I do nothing on my own but speak just what the Father has taught me.
[19] http://dictionary.reference.com/
[20] http://dictionary.reference.com/
[21]  ftp://ccel.wheaton.edu/ebooks/HTML/e/easton/ebd/  Mediator