Man and Woman are to be a "balanced pair".

1 Cor. 11: 10 is described as “a text so difficult that it has defied our best scholarly guesses over centuries” (Gordon Fee)

10For this reason, and because the angels are watching, a woman should wear a covering on her head to show she is under authority.

Here are some “scholarly guesses”.

No one is to be OVER her.

No one is to be between her and the Lord.

Man and Woman are to be a “balanced pair” (Fee).

There is a distinction of the genders. (We are not as the angels)

Angels do not lust over human women, with or without clothes, or a head covering.

Whatever the head covering was, it could not be transferred, across the board in a multifaceted, multi cultural church.  It is therefore impossible to fully obey their custom, and consider it obedient to scripture.

A church can abuse women, when that church views them as a gender as less than the male.

Both genders are equal in a balanced pair.  One isn’t given more weight in the relationship.

Here are a few of my questions on some interpreters of the passage who insist men have short hair and that women have their head covered with a shawl, and have long, uncut, and put up hair.

Why would a man with short hair be more righteous than a man with long hair?

At what point between haircuts does a male become unrighteous?

Why would a woman be more righteous with uncut, put up hair, than a woman with loosely flowing, styled hair?

Why would a woman going through chemotherapy and lose their hair, be less righteous than someone with hair.

Why would a woman need another mediator other than Jesus to be in right relationship with God?

I once had long hair, in an attempt to grow it long enough to donate so others would have a wig during chemotherapy. A visitor to our congregation told me he would come back and visit when I cut my hair.  (He hasn’t and I am glad.) 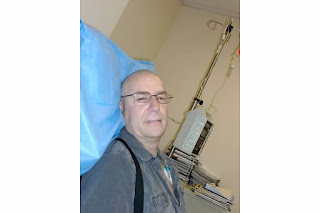 Demanding that others conform to a one’s interpretation of scripture, especially when it is described as the one passage that is so difficult it has defied researches for centuries, is not a good way to go.

Sexual abuse and harassment is back in the public arena for discussion.