On a recent trip to the Virginia DMV to take a test for a motorcycle license I had numerous Christ centered conversations.

Going into a DMV, be prepared in prayer to overcome negative stress and be equipped with affirmative compliments for the employees.  I was impressed with the first person I met at the counter who had all the forms memorized and where one needs to fill out information.  When I complimented him, it opened up a friendly conversation. 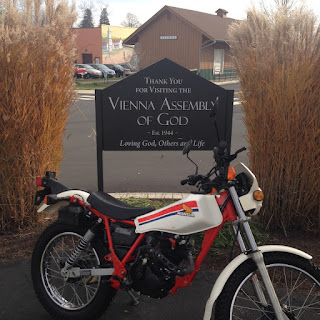 After a short wait I then met with another person, and he took a personal interest in me.  As I affirmed his personal approach, the conversation becomes even more personal.  He asked if I still wanted to be an organ donor.  This opened the conversation to my past diagnosis of a blood cancer.  His father had died of a blood cancer in the 70’s and the conversation started to go deeper.  Somehow, his co-worker discovered I was a pastor, and asked me what church I served.  She attended a Christian church and in the process of conducting what is typically stressful business turned into missions and ministry.

I had fun with another fellow human being, who was getting their picture taken.  I joked with her, that she can’t smile, because back in September of ’09, the DMV policy was that photographs could not be smiling.  The two employees laughed and said, that policy has now changed, so together we helped the young lady take numerous smiling photos until she was content.  (I struggle with smiling in photos and the struggle continued)

While taking the test, I was mildly distracted by a neighbor who was also taking a test.  He was quietly reading the questions, and it was obvious that English was not his first language.

After getting a thumbs up from the DMV employees on passed test, I sat next to the fellow testee and asked him how he did.

In that conversation I learned he was fresh from Afghanistan where he had worked with the U.S. Govt.  It was an immediate connection, and I felt free to ask if he was a Christian.  When he said, no, he was a Muslim, the conversation remained friendly and I stated with a smile. “Now that you are in America you can choose, and I recommend choosing Christianity”.

He laughed and it was a good-humored moment and he said, this is one of the good things he likes about America is that we can joke about religion. 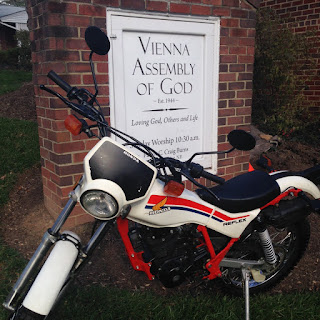 Afterwards I did a little research to figure out how to talk to friendly Muslims about Christianity. (The research is from a friend who actively ministers among Muslims)

This is what I discovered.

4Love is patient, love is kind. It does not envy, it does not boast, it is not proud. 5It does not dishonor others, it is not self-seeking, it is not easily angered, it keeps no record of wrongs. 6Love does not delight in evil but rejoices with the truth. 7It always protects, always trusts, always hopes, always perseveres.

16For God so loved the world that he gave his one and only Son, that whoever believes in him shall not perish but have eternal life. 17For God did not send his Son into the world to condemn the world, but to save the world through him.

38Peter replied, “Repent and be baptized, every one of you, in the name of Jesus Christ for the forgiveness of your sins. And you will receive the gift of the Holy Spirit.

Conclude with Acts 4:23-30.
23On their release, Peter and John went back to their own people and reported all that the chief priests and the elders had said to them. 24When they heard this, they raised their voices together in prayer to God. “Sovereign Lord,” they said, “you made the heavens and the earth and the sea, and everything in them. 25You spoke by the Holy Spirit through the mouth of your servant, our father David:
“ ‘Why do the nations rage
and the peoples plot in vain?
26The kings of the earth rise up
and the rulers band together
against the Lord
and against his anointed one.’
27Indeed Herod and Pontius Pilate met together with the Gentiles and the people of Israel in this city to conspire against your holy servant Jesus, whom you anointed.28They did what your power and will had decided beforehand should happen. 29Now, Lord, consider their threats and enable your servants to speak your word with great boldness. 30Stretch out your hand to heal and perform signs and wonders through the name of your holy servant Jesus.”

The next time I engage in conversation with a Muslim, I will be more prepared.  Until then, I remain, committed to being in stressful situations, without being stressed. (I continue to have epic fails) Meanwhile, being friendly to DMV employees and DMV fellow testees is not that hard to do within a grace based relationship with God, through Christ Jesus.

Remaining thankful, that a motorcycle can be missions and a ministry to Muslims.